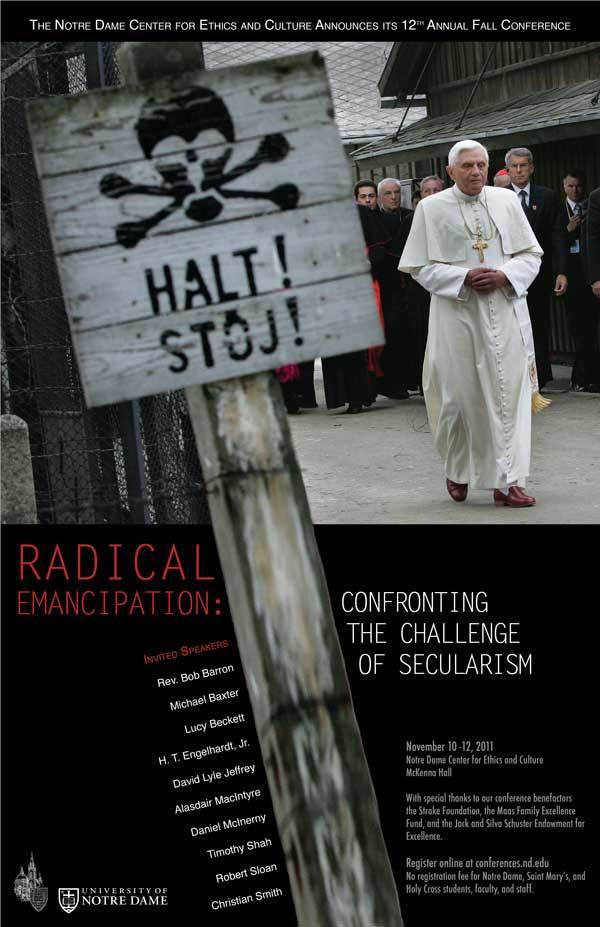 The twelfth annual Fall Conference, “Radical Emancipation: Confronting the Challenge of Secularism,” took place November 10–12, 2011. It sought to explore Pope Benedict XVI’s claim that “the real opposition that characterizes today’s world is not that between various religious cultures, but that between the radical emancipation of man from God, from the roots of life, on one hand, and from the great religious cultures on the other. If there were to be a clash of cultures, it would not be because of a clash of the great religions—which have always struggled against one another, but which, in the end, have also always known how to live with one another—but it will be because of the clash between this radical emancipation of man and the great historical cultures.” Watch video recordings of the presentations using the links below.