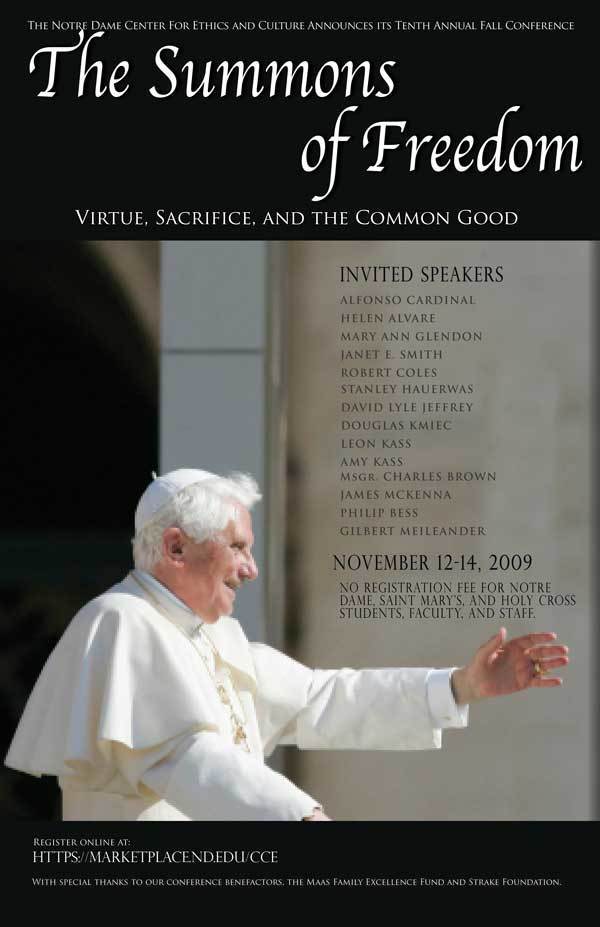 The tenth annual fall conference, “The Summons of Freedom: Virtue, Sacrifice, and the Common Good,” was held November 12–14, 2009. The inspiration for the conference’s title came from the remarks made on the South Lawn of the White House by Pope Benedict XVI during his 2008 apostolic visit to the United States: “Freedom is not only a gift, but also a summons to personal responsibility.” Here Pope Benedict underscored that freedom is both gift and summons, a call toward a particular “cultivation” or cultural formation in the virtues—virtues that always demand sacrifice, sometimes even the total sacrifice of one’s life—for the sake of common goods higher than merely private goods. Watch video recordings of the presentations using the links below.