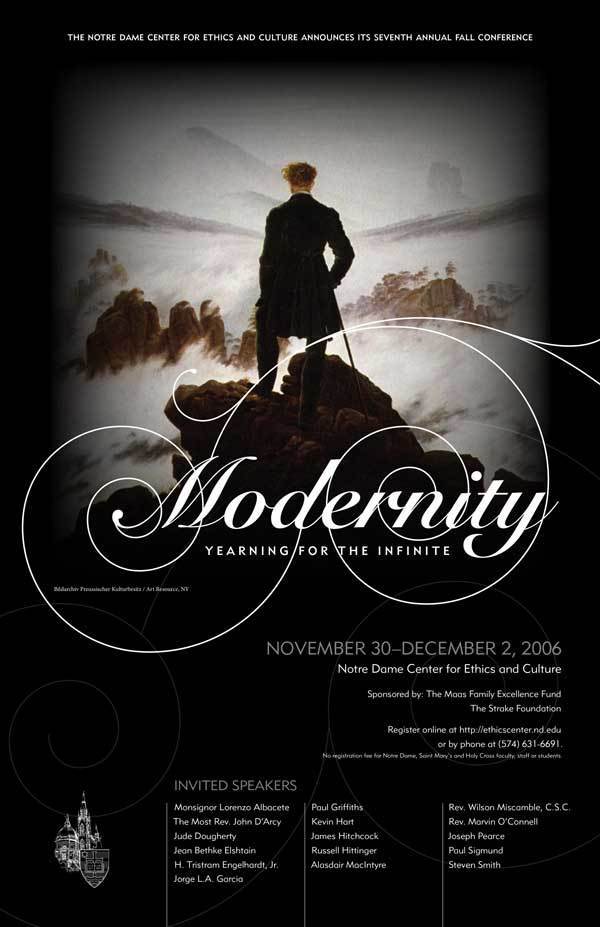 The seventh annual Fall Conference, “Modernity: Yearning for the Infinite” (November 30–December 2, 2006), brought together scholars in a spirited discussion of the intellectual epoch we have come to call modernity; the relationship between the main theses of modernity and the Magisterium of the Church in the last century; and the impact of modernity on works in philosophy, theology, law, literature, the arts, and other fields of intellectual inquiry and endeavor. Watch video recordings of the presentations using the links below.