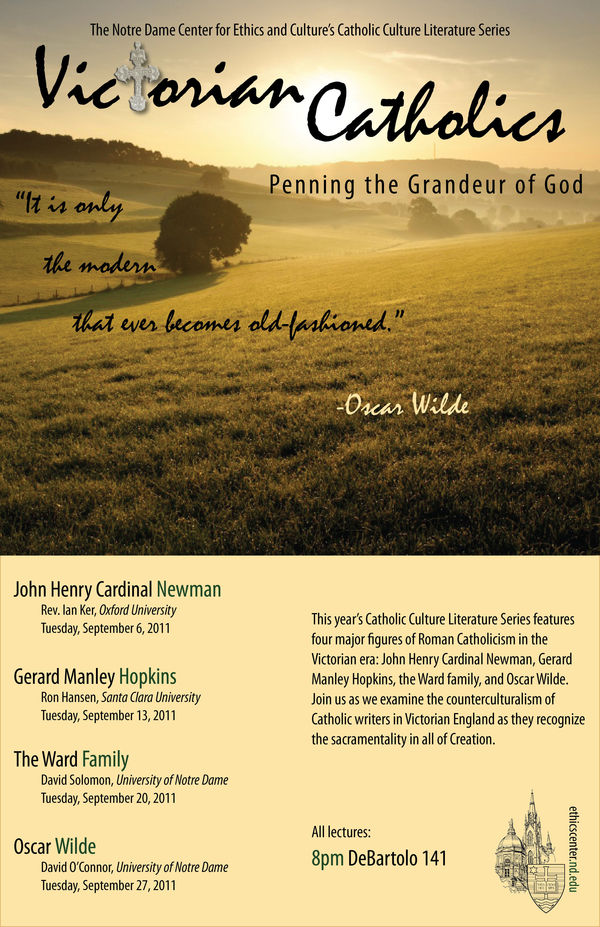 The tenth annual Catholic Literature Series examined Victorian Catholic authors. John Henry Cardinal Newman, Gerard Manley Hopkins, the Ward family, and Oscar Wilde—all educated at Oxford University—were seen as subversive to the dominant culture of English academia because of their conversions to Catholicism in an overwhelmingly Anglican England. Their conversions were the product of deep soul-searching and intellectual reflection, and the power of their convictions and the eloquence with which they articulated their faith has nourished the faith of countless others through their literary endeavors.

These Victorian Catholics have contributed a treasure trove to Catholic culture, including poetry, novels, homilies, biographies, and philosophical and theological treatises, and the influence of their writings transcends their cultural milieu, influencing Catholic thought today. Watch video recordings of the lectures at the links below.