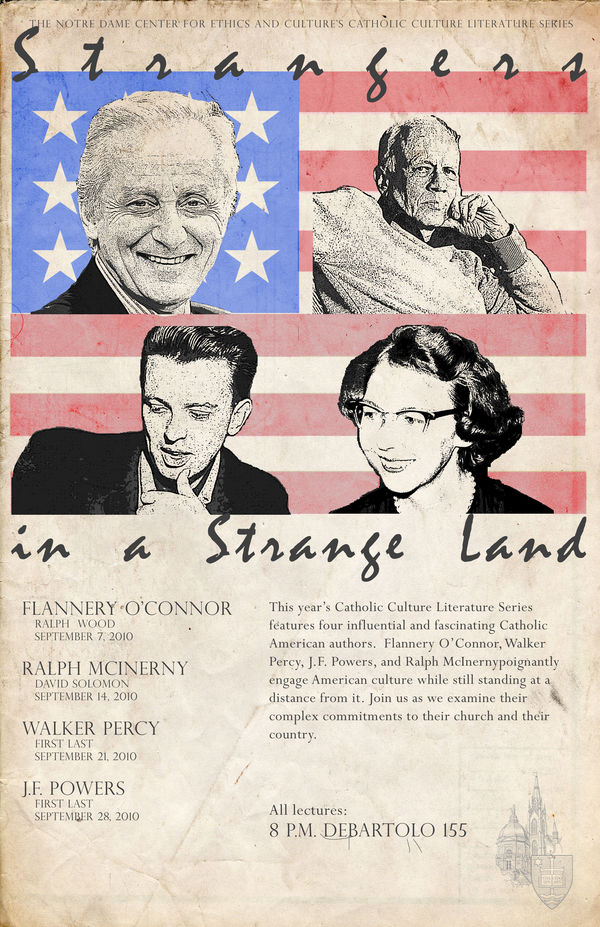 The ninth annual Catholic Literature Series examined four American Catholic authors who poignantly engaged American culture while standing at a distance from it: Flannery O’Connor, Walker Percy, J.F. Powers, and Ralph McInerny. Each lecture addressed in some way the complex commitments each of these authors had to his Church and country. Watch video recordings of the lectures at the links below.