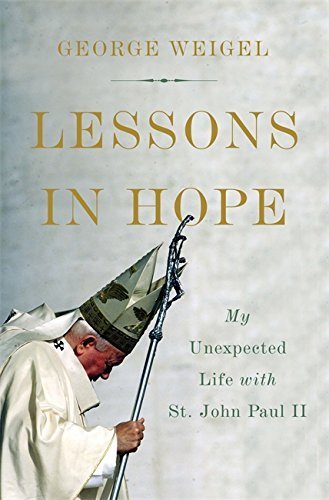 George Weigel is a distinguished senior fellow at the Ethics and Public Policy Center in Washington, D.C., where he holds the William E. Simon Chair in Catholic Studies, and a Permanent Research Fellow at the Notre Dame Center for Ethics and Culture. He is the author or editor of more than twenty books, including the two-part biography of Pope St. John Paul II, consisting of Witness to Hope and The End and the Beginning, as well as the newly-published Lessons In Hope: My Unexpected Life with St. John Paul II. His essays, op-ed columns, and reviews appear regularly in major opinion journals and newspapers across the United States, including the Washington Post, USA Today, Newsweek, First Things, and National Review. His weekly column, “The Catholic Difference,” is syndicated in sixty newspapers. A frequent guest on television and radio, he is also the Vatican analyst for NBC News.

Reviews of Lessons In Hope: