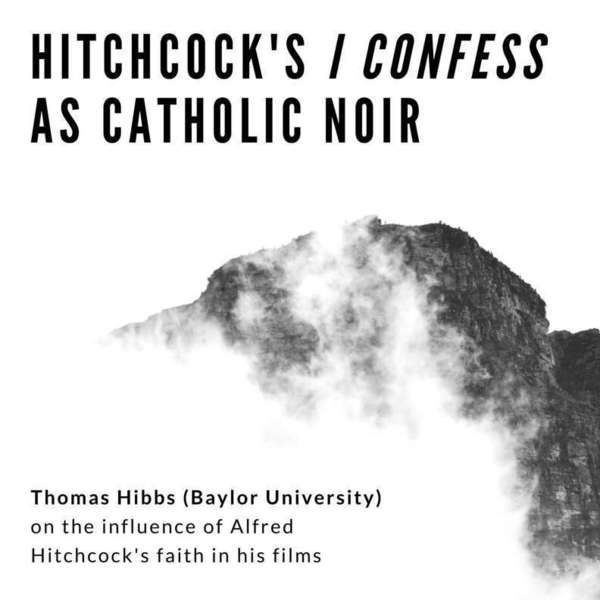 Since 2002, the Center for Ethics and Culture has sponsored the Catholic Culture Series, a series of lectures focused on prominent Catholic figures in literature and the arts. Through these lectures, the Center helps expose Notre Dame undergraduate students—and the entire Notre Dame community—to the richness of our vast Catholic cultural heritage.

Join professor Thomas S. Hibbs (Baylor University) for a lively discussion on the influence of Alfred Hitchcock's faith on his films, seen through the eyes of his 1953 noir thriller I Confess, praised by film critic Sarah Ortiz as "the most Catholic film of Hitchcock's films."

A free screening of the film will be offered on Saturday, March 4 at 1PM in the Andrews Auditorium of Geddes Hall. This screening is open to Sorin Fellows and friends of the Center.

Thomas S. Hibbs is Dean of the Honors College and Distinguished Professor of Ethic and Culture at Baylor University, where he teaches in the Great Texts Program, the Baylor Interdisciplinary Core, and the graduate program in Philosophy. He has published more than thirty scholarly articles on topics ranging from Thomas Aquinas, Alasdair MacIntyre, and virtue epistemology, to Pascal, natural law and African-American thought. In addition, he has published more than 100 reviews and discussion articles on film, theater, art, and higher education in a variety of venues including First Things, The Dallas Morning News, The Chronicle of Higher Education, The New Atlantis, The Wall Street Journal, and National Review. Called upon regularly to comment on film and popular culture, Hibbs has made more than 100 appearances on radio, including nationally syndicated NPR shows "The Connection," "On the Media," and "All Things Considered," as well as local NPR stations in Boston, MA, Ann Arbor, MI, Dallas, TX, and Rochester, NY.

His lectures have been protested by nihilists at Boston University and by communists in Palermo, Sicily.