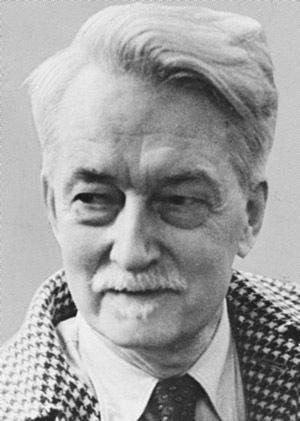 Jacques Maritain (1882–1973) was one of the most prolific and versatile French Catholic intellectuals of the twentieth century. Early in his philosophical career, he was influenced in turn by the philosophy of Spinoza and by Henry Bergson’s intuitionism, yet subsequent to his conversion to Catholicism in 1906, he began an assiduous study of Thomas Aquinas. Maritain established himself as a preeminent defender of Catholicism and Catholic thought in early works such as La philosophie bersonienne (1913), Antimoderne (1922), and Trois reformateurs: Luther, Descartes, Rousseau (1925). By the late 1920s, Maritain also became involved with social issues, and his philosophical work after 1930 was very diverse, including works on Aquinas, Christian philosophy, epistemology, the philosophy of science, and significantly, political philosophy.

By the 1930s, Maritain was a frequent visitor and lecturer at various North American Institutes and universities. Between 1940 and 1944, he lived in the United States and lectured at Princeton and Columbia on a variety of topics, from political philosophy to aesthetics and and metaphysics, while also being very active in the war effort. In 1948, Maritain became professor emeritus at Princeton, but he also frequently lectured at the University of Notre Dame and University of Chicago. In 1960, Maritain returned to France, where he joined a small religious order.

We don't love qualities, we love persons; sometimes by reason of their defects as well as of their qualities. (“Reflections on America”)

Every work of art reaches man in his inner powers. It reaches him more profoundly and insidiously than any rational proposition, either cogent demonstration or sophistry. For it strikes him with two terrible weapons, Intuition and Beauty, and at the single root in him of all his energies... Art and Poetry awaken the dreams of man, and his longings, and reveal to him some of the abysses he has in himself. (“The Responsibility of the Artist”)

I don't see America as a mainland, but as a sea, a big ocean. Sometimes a storm arises, a formidable current develops, and it seems it will engulf everything. Wait a moment, another current will appear and bring the first one to naught. (“Reflections on America”)

Christianity taught men that love is worth more than intelligence. (“Art and Scholasticism”)

We are not the same persons this year as last; nor are those we love. It is a happy chance if we, changing, continue to love a changed person. (“Art and Scholasticism”)