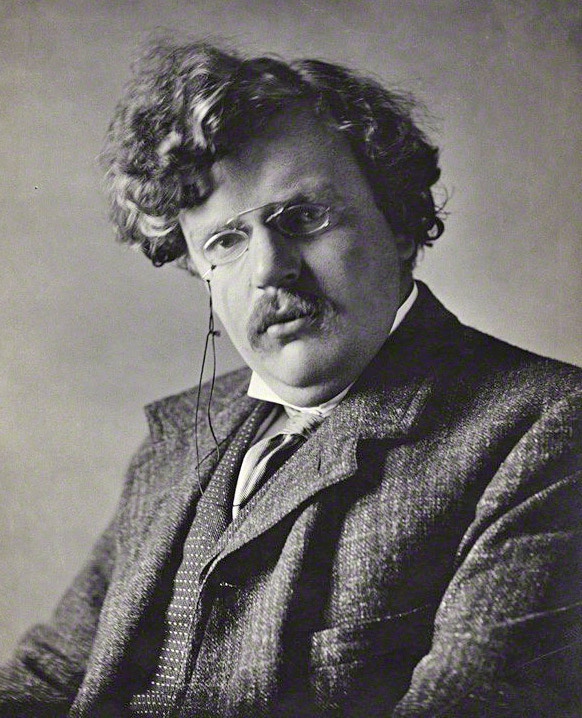 A true giant of a man, Gilbert Keith Chesterton (1874–1936) was a controversial journalist, essayist, novelist, and a brilliant Christian apologist. Chesterton was also a political activist, joining other Christians who worked for a just society consonant with the vision of Pope Leo XIII’s Rerum Novarum. As one of the leaders of the Distributist movement, he fought for the working classes in a way that took them seriously, as adults needing to be set free rather than children needing to be rescued.

Chesterton converted to Catholicism in 1922 after a pilgrimage to Rome. Among his most famous works are Orthodoxy, The Everlasting Man, The Man Who Was Thursday, and the Father Brown Mysteries. The few quotations that follow display his inimitable style (which was, like himself, larger than life) and his soaring vision of what is and may be.

The vision is always a fact. It is the reality that is often a fraud. (“Orthodoxy”)

The sense of the miracle of humanity itself should always be more vivid to us than any marvels of power, intellect, art, or civilization. The mere man on two legs, as such, should be felt as something more heartbreaking than any music and more startling than any caricature. (“Orthodoxy”)

It is quite unlike anything else. It is a thing final like the trump of doom, though it is also a piece of good news, or news thought too good to be true. It is nothing less than the loud assertion that this mysterious maker of the world has visited his world in person.... It is the one great startling statement that man has made since he spoke his first articulate word, instead of barking like a dog.... It makes nothing but dust and nonsense of comparative religion. (“The Everlasting Man”)

And my haunting instinct that somehow good was not merely a tool to be used, but a relic to be guarded, like the goods from Crusoe’s ship—even that had been the wild whisper of something originally wise, for, according to Christianity, we were indeed the survivors of a wreck, the crew of a golden ship that had gone down before the beginning of the world.... I knew now why grass has always seemed to me as queer as the green beard of a giant, and why I could feel homesick at home. (“Orthodoxy”)