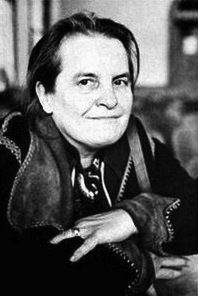 Elizabeth Anscombe (1919–2001) was one of the greatest analytic philosophers of the past century. A student and friend of Ludwig Wittgenstein, she produced seminal works in action theory (Intention), metaphysics (Causality and Determinism), political philosophy (On the Source of the Authority of the State), and ethics (Modern Moral Philosophy). The last essay, in which she argued for a return to the classical Greek approach to ethics (and especially that of Aristotle), after lying dormant for about a dozen years after its publication in 1958, utterly transformed the practice of moral philosophy in the English-speaking world, in part by inspiring philosophers such as Alasdair MacIntyre and Charles Taylor.

Anscombe was a devout Catholic who was a consistent advocate of the culture of life and defender of Catholic teaching, whether the teaching was “left” or “right.” She was a vigorous opponent of the use of nuclear weapons and led a protest of Oxford’s awarding a degree to President Harry Truman on the grounds that a mass-murderer should not be so honored. She was also a fierce opponent of abortion; on one occasion late in her life, she had to be dragged bodily by police away from a sit-in at an abortion clinic. Always controversial but always brilliant, Anscombe led a prodigiously productive philosophical career and, as the wife of fellow philosopher Peter Geach, was the mother of seven.

So we have to fear God and keep his commandments, and calculate what is for the best only within the limits of that obedience, knowing that the future is in God's power, and that no one can snatch away those whom the Father has given to Christ.... Those, therefore, who think they must be prepared to wage a war with Russia involving the deliberate massacre of cities, must be prepared to say to God: “We had to break your law, lest your Church fail. We could not obey your commandments, for we did not believe your promises.” (“War and Murder”)

But if someone really thinks, in advance, that it is open to question whether such an action as procuring the judicial execution of the innocent should be quite excluded from consideration—I do not want to argue with him: he shows a corrupt mind. (If he thinks it in the concrete situation, he is of course merely a normally tempted human being). (“Modern Moral Philosophy”)

But Sidgwick is vulgar in that kind of way: he thinks, for example, that humility consists in underestimating your own merits—i.e. in a species of untruthfulness; and that the ground for having laws against blasphemy was that it was offensive to believers; and that to go accurately into the virtue of purity is to offend against its canons, a thing he reproves “medieval theologians” for not realizing. (“Modern Moral Philosophy”)

We can now reformulate the principle of doing evil that good may come: every fool can be as much of a knave as suits him. (“Mr. Truman’s Degree”)

Elizabeth Anscombe on Contraception and Chastity