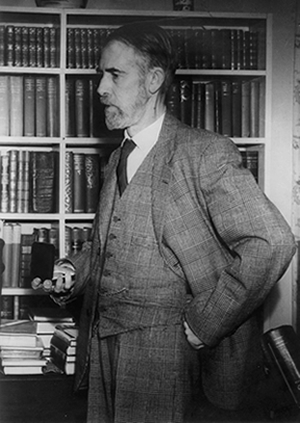 Christopher Dawson (1889–1970), one of the twentieth century’s great historians, converted to Catholicism in 1914. Dawson stressed the vital importance of culture in the historical life of a civilization, in opposition to racialist and other reductivist theories, such as those of Freud and Marx. He also stressed the centrality of religion—of “cult”—to culture. It is not surprising, then, that Dawson consistently argued that the disasters of the twentieth century were in large part due to the abandonment of Europe’s historical faith. Long before Thomas Cahill wrote How the Irish Saved Civilization, Dawson had argued that the Church (and the monasteries in particular) preserved classical culture through the “Dark Ages” and inspired the revival of learning.

Although he spent most of his life outside of academia, Dawson’s achievements were recognized: He was invited to deliver the Gifford Lectures at the University of Edinburgh in the 1940s and was given a chair at Harvard in the 1950s, where he worked to establish a full program for the study of Christian culture. Dawson’s works include Progress and Religion, The Making of Europe, Christianity and the New Age, The Spirit of the Oxford Movement, Religion and Culture, and Religion and the Rise of Western Culture.

It must be recognized that our faith in progress and the unique value of human experience rests on religious foundations, and that they cannot be severed from historical religion and used as a substitute for it, as men have attempted to do during the last two centuries. (“Progress and Religion”)

It is the Catholic ideal to order the whole life toward unity, not by the denial and destruction of natural human values, but by bringing them into living relation with spiritual truth and spiritual reality. But this can only be achieved if Catholics are prepared to make the necessary effort of moral sympathy and intellectual comprehension. If they remain passively content with their own possession of the truth, they do not, it is true, compromise the divine and indefectible life of the Church, but they prove false to their own temporal mission, since they leave the world and the society of which they form a part to perish. (“Introduction to Essays in Order”)

Every living culture must possess some spiritual dynamic, which provides the energy necessary for that sustained social effort which is civilization. Normally this dynamic is supplied by religion, but in exceptional circumstances the religious impulse may disguise itself under philosophical or political forms. (“Progress and Religion”)

To eliminate the element of mystery from religion, to measure the transcendent and the eternal by finite and temporal standards is not to make religion rational, but to misconceive its real nature and thereby to impoverish the human mind and to narrow its range of vision. Newman, on the other hand, used his reason in matters of religion so as to enlarge the frontiers of spiritual consciousness and to open the shuttered windows of the human mind to the vast spiritual horizons that lay around it. In this and other respects the Oxford Movement was a protest against the limitations of its own age and culture. (“The Spirit of the Oxford Movement”)

Christopher Dawson: A View from the Social Sciences, by Russell Hittinger