African Christian Theology:
Memories and Mission for the 21st Century

This conference will gather the world’s leading experts, scholars, and theologians to reflect upon the 20th century origins of African Christian theology, to examine how contemporary issues and emerging questions have influenced its more recent developments, and to discuss its future in light of today’s most pressing problems. Bringing together an impressive and diverse array of international scholars, Church leaders, Bishops and members of the Curia, lay men and women, and activists working across the spectrum of African initiatives. We anticipate vibrant discussion and intense dialogue and hope to lay foundations for ongoing collaboration to address issues that affect the global community as well as the African Church.

Registration has ended, but you are invited to attend the sessions.

If you would like to attend the sessions, please send a courtesy email to: ndethics@nd.edu

A Brief Introduction to the Conference 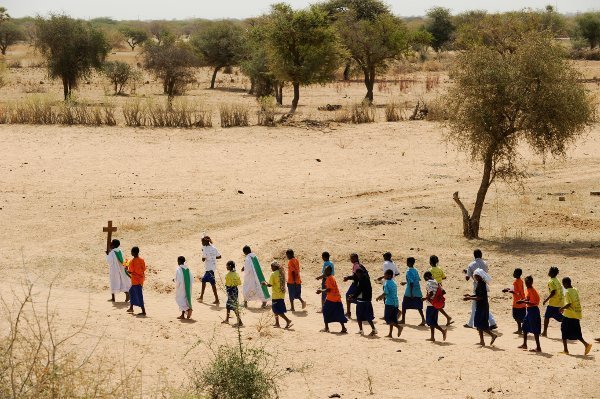 African Christian theology emerged as a formal branch of study in the Catholic Church in the mid-20th century when several African priests, trained in Rome and various European universities, began to approach the Faith as “African Christians,” not merely the “consumers” of a Eurocentric understanding of the Christian Faith. One of the initial works to come out of this new movement, Des Prêtres noires s’intérrogent, attempted to respond to “the assumption that Africa represented a cultural and religious tabula rasa for the implantation of a Christian civilization from Europe.”1  They insisted that African self-worth must be respected and that “room must be made for African genius and contribution in the establishment of the Catholica, not only among the peoples of Africa...but in the wider world as a whole.”2

African theology, like the African church, is no longer begging merely to be heard or to be recognized. Encouraged by the openings afforded all theologies in the Church by the Second Vatican Council and by the two African synods, as well as with the active encouragement of Popes Paul VI and St. John Paul II, African theology has come into its own and witnessed a great and unprecedented flowering. African theology has largely coalesced around the theme of inculturation and has gone on to probe, interrogate, and dialogue with realities both in and outside the African churches with regard to morality, worship, dogma, scripture, pastoral activities, evangelization, interreligious dialogue, etc. It has also continued to engage African societies at various levels: political, social, and economic.

Life in Africa is much more complex than in the days of Des Prêtres noires s’intérrogent, and African theology is now influenced by and open to concerns other than those of African Traditional Religion. Colonial independence, wars and violent conflicts in post-independence Africa, the HIV/AIDS epidemic, the massive and continued impoverishment of a large section of African societies, the emergence of the internet and social media, the rise of fundamentalist and militant Islam, and the expansion of Pentecostalism have fundamentally altered the African landscape; similarly, globalization, the worldwide sexual revolution, and the simultaneous rise of the Church in the Southern Hemisphere and its contraction in many Western countries have changed the way the African church thinks about itself and its place in the world.

In 2003 and 2004, the University of Notre Dame in its various units—the Department of Theology, the Institute for Church Life, Notre Dame Student Government—and in collaboration with various groups outside the university—the United States Conference of Catholic Bishops (USCCB), the Catholic Bishops’ Conference of Nigeria (CBCN), the Symposium of the Episcopal Conferences of Africa and Madagascar (SECAM), the Conference of Women Religious of Nigeria, the Catholic Women’s Organization of Nigeria, the Catholic Laity Council of Nigeria, Spiritan International School of Theology, Enugu, and the Catholic Institute of West Africa—hosted a two-part conference (at Notre Dame and in Nigeria) in response to the publication of the pastoral letter of the USCCB titled “A Call to Solidarity with Africa.” This effort gave rise to a number of enduring initiatives in the African churches and in African theology. The present conference is, in a way, a continuation of that work begun more than a decade ago.

Fr. Paulinus Odozor, C.S.Sp., is a priest of the Congregation of the Holy Spirit (Spiritans). He received his initial formation in Nigeria and did his graduate studies at St Michaels College, Toronto, Regis College, Toronto, and the University of Toronto. Odozor's scholarly interests are in foundational issues in Christian ethics; the history of Catholic moral theology; contextual theological issues, including questions pertaining to inculturation; theology and society; African Christian theology; and the theology of marriage. Fr, Odozor is also an Africanist with interest in African history, African literature, African politics and questions relating to change and contemporary African societies. In addition to being the author of over 30 articles in peer-reviewed publications in Africa, Asia, Europe, and North America, Fr Odozor has also published the following books : Moral Theology in an Age of Renewal: A study of the Catholic Tradition since Vatican II (Notre Dame Press, 2003); Sexuality, Marriage and Family: Readings in the Catholic Tradition (Notre Dame Press, 2001), editor; Africa: Towards Priorities of Mission (Enugu: SIST Publications, 2000), edited with Elochukwu Uzukwu; and Richard McCormick and the Renewal of Moral Theology (Notre Dame Press, 1995). His latest book, Morality Truly Christian, Truly African: Foundational, Methodological and Theological Considerations, was released in November 2014 by the University of Notre Dame Press. Before and since coming to Notre Dame in 1999, Fr. Odozor has held numerous academic, administrative, and pastoral positions in Nigeria and Canada. He is currently president of the Governing Council of Spiritan International School of Theology in Enugu, Nigeria and was appointed by Pope Benedict XVI as expert assistant to the 2009 Synod of Bishops for Africa.

The de Nicola Center for Ethics and Culture believes that the truth that the Church affirms about the human person is the foundation for freedom, justice, human dignity, and the common good. The Center’s mission is to share the richness of the Catholic moral and intellectual tradition through teaching, research, and dialogue, at the highest level and across a range of disciplines. The Center strengthens Notre Dame’s Catholic character on campus, and brings the university’s voice into the public discussion of the most vital issues of our day.