Testimony of Professor O. Carter Snead, William P. and Hazel B. White Director, Center for Ethics and Culture, and Professor of Law, University of Notre Dame

Regarding the Constitutionality of SB1, SUBCHAPTER C. ABORTION PROHIBITED AT OR AFTER 20 WEEKS POST-FERTILIZATION.

Before the Texas State Senate Committee on Health and Human Services 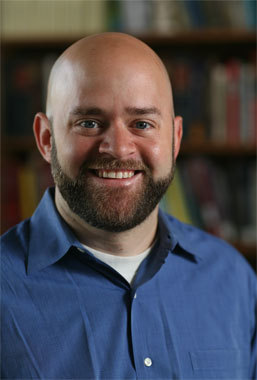 I am here today to provide testimony on a narrow question, namely, whether SB1's prohibition on abortion at or after 20 weeks post-fertilization is lawful under the United States Constitution.  As you all are aware, the ban includes robust exceptions for circumstances in which the continued pregnancy threatens serious risks to the life or health of the mother, and even allows for abortion in the case of certain fetal abnormalities.  SB1 is, in fact, quite a modest limitation on abortion that unsurprisingly commands a great deal of support across the political spectrum.

The most important (and decisive) point that I would like to emphasize for the Committee Members is that there is absolutely nothing in the text, history, or tradition of the U.S. Constitution that precludes the state of Texas from extending the most basic protections of the law to twenty week-old (or older) unborn children who are capable of experiencing pain.  For your purposes as legislators, this is sufficient constitutional warrant to enact the modest restriction on abortion and its practice that you are considering during this session.

Moreover, there are no precedents of the Supreme Court that speak precisely to the very unique features of the proposed 20-week abortion ban.  This fact likewise provides additional constitutional justification for legislators to enact the bill under consideration.

For those Senators who might find it useful, I will reflect briefly on how the ban might be received by the U.S. Supreme Court, in light of relevant precedents.  The arc of abortion jurisprudence in America has been, for better or worse, an exercise on the part of the Justices in the majority (typically in sharply divided 5-4 decisions) to find by their lights an appropriate balance between the state's interest in the lives of unborn children ("at all stages of pregnancy", Gonzales v. Carhart) and a woman's liberty interest in seeking an abortion.  Justice Kennedy - whose vote is decisive at the moment for evaluating any limit on abortion - has been quite explicit that "balance" is the key aspiration for the Court's efforts in this domain.

Justice Kennedy has also noted that the Court has not yet enumerated "an exhaustive list of state interests implicated by abortion."  (Stenberg v. Carhart).  Indeed, he said that it would be "inappropriate" for the Court to do so.  Justice Kennedy has thus clearly signaled an openness to the possibility of new state interests that might affect the calculus of competing claims in this area of the law.

Texas (along with several other states and the U.S. House of Representatives) has recently identified a state interest in the unborn child never before considered, namely, its obligation in justice to protect unborn children capable of experiencing the excruciating pain involved in an abortion.  [Note, by the way, that states are free to legislate on the basis of this fact, even though it might be contested by certain experts advocating on behalf of the abortion rights movement.  As Justice Kennedy pointed out in the 2007 case Gonzales v. Carhart, "Medical uncertainty does not foreclose the exercise of legislative power in the abortion context any more than it does in other contexts."]

The capacity of unborn children to experience pain by 20 weeks gestation  - confirmed by leading experts on all sides of the abortion dispute -  is a decidedly new, and deeply salient moral fact that weighs heavily in favor of the unborn child in the balance at the heart of the Court's jurisprudence.  It provides a novel, constitutionally significant interest that the state may invoke to justify its efforts to regulate the practice of abortion.  This new information about the nature of the unborn child forces us to confront the fact that she is "one of us" not merely insofar as she is a living (albeit immature and dependent) member of the human species, but also in that she experiences pain much as we do (perhaps even more acutely).  This insight about who the unborn child is—never before considered by the Court—offers a new and overwhelming justification to limit abortions, certainly to the very modest extent that SB1 would.

Before now, a bare majority of the Supreme Court has indicated that it regards "viability" (a shifting and contingent line that depends on the particular unborn child's lung development and the availability of medical technology) as an important moment during pregnancy at which the state's interest in the life of the unborn child is weighty enough to justify strict prohibitions on abortion.  Accordingly, this majority has crafted a rule that prior to this moment, the state may not "unduly burden" a woman's right to make the ultimate decision whether to obtain an abortion.  At the same time, the Court has made clear that "not all burdens on the right to decide whether to terminate a pregnancy will be undue." (Planned Parenthood v. Casey).  Moreover, the Court has acknowledged that a state's interest in protecting unborn life (alongside its interests in preserving the integrity of the medical profession, preventing the coarsening of society's moral sense, and  promoting respect for human life more generally) is strong enough to warrant restrictions prior to viability that make abortion more difficult or expensive to obtain.

The majority has never really elaborated on the reasons behind the much-criticized standard of "viability" beyond simply asserting that it is a moment when "the independent existence of the second life can in reason and all fairness be the object of state protection." (Planned Parenthood v. Casey).  [Note:  Critics on all sides of the abortion debate have questioned the soundness of this view, not only because it is a contingent standard having little to do with the moral status of the unborn child, but more deeply, because it unfairly extends the greatest legal protections to the strong and independent, while withholding them from the weakest and most vulnerable.  This is rightly viewed as a corrupt inversion of our nation's best moral and legal traditions.]

Some have argued that the Court's pronouncements on viability are problematic for SB1, given that unborn children can experience pain at 20 weeks of development—just shy of viability (at least until medical technology improves).  A three-judge panel of the U.S. Court of Appeals for the Ninth Circuit - the most aggressively liberal and most  frequently (by far) overruled federal court in the country - adopted this position earlier this year when reviewing an abortion law in Arizona (Isaacson v. Horne).

But this view is mistaken.  The facts about fetal pain offer profound new insights "into the independent existence of a second life", providing compelling grounds "in reason and fairness" to extend the protection of the law to this class of human beings.  Fetal viability is not talismanic or mystical in its import to a bare majority of Justices—it was used merely as a proxy for the state's interest in the life of the unborn child.  The capacity to experience pain is a new, separate, and independent proxy that serves the same ends.  Indeed, it is a far more powerful and coherent justification for the modest limits of SB1 than the vexed (and undertheorized) notion of viability.  When the Court eventually confronts this new rationale of fetal pain as a matter of first impression, it is quite likely that a majority of Justices will regard it as compelling and sufficient grounds to uphold laws such as SB1.

Moreover, SB1 would pass constitutional muster under current Supreme Court precedents because its restrictions (especially in light of the novel weighty interests animating them) do not even amount to a "substantial obstacle in the path of a woman seeking an abortion before the fetus attains viability."  It does not ban all abortions of unborn children 20 weeks or older.  As I mentioned at the outset of my remarks, the law contains robust exceptions for the mother's life and health, as well as when a fetal abnormality is detected.  Women whose lives or health are not threatened by a pregnancy (and those whose unborn child does not suffer from an abnormality), have nearly five months to choose an abortion before SB1 imposes any limitation their decisions.

In summary, the Constitution does not prevent Texas from taking this very modest step to protect unborn children.  There are no Supreme Court precedents that grapple with the unique features of SB1, and the powerful, novel state interest in which the bill is grounded.   Relevant precedent suggests that the a majority of the Court would treat the new state interest in protecting the lives of unborn children capable of experiencing pain as sufficient to justify the new law.

Finally, given the import of his role as a swing Justice, it bears concluding with a brief speculative comment on how Anthony Kennedy might evaluate SB1. Despite his apparent unwillingness to overturn what he takes to be the "central holding of Roe v. Wade,"  Justice Kennedy has affirmed every state and federal limit on abortion that he has ever considered, save one (a Pennsylvania law requiring spousal notification).  Given his empathy for the vulnerable and his demonstrated willingness to give states latitude to act in defense of the unborn, it is highly likely that he would be satisfied that the state's interest here justifies basic legal protections for unborn children who are able to feel pain.