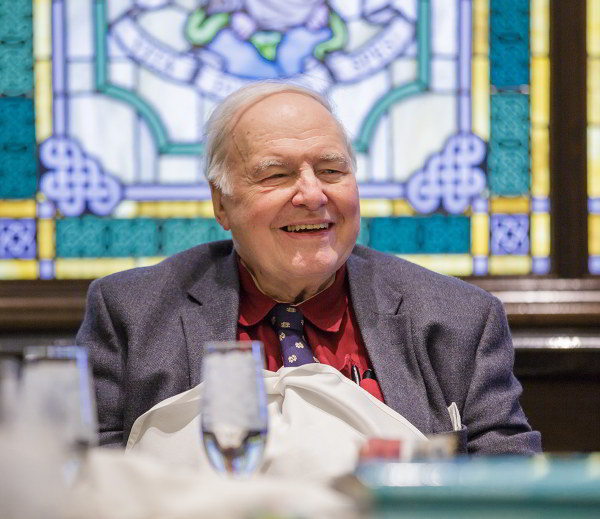 The Center for Ethics and Culture lost a great friend upon the death of author, journalist, diplomat, and philosopher Michael Novak on February 17, 2017. "Michael was a kind man and influential Catholic thinker whom our undergraduate and graduate Sorin Fellows loved to be around," said CEC Director Carter Snead. "We are grateful for his support and encouragement over the years. May he rest in peace."

CEC Permanent Research Fellow George Weigel offered a poignant tribute to Novak, writing in National Review, "with his death at 83, both Church and nation have lost one of their most imaginative and accomplished sons: a groundbreaking theorist in philosophy, social ethics, religious studies, ethnic studies, and economics; a brilliant teacher; a winsome journalist and apologist; a great defender of freedom, as both ambassador and polemicist; a man of striking energy and creativity, some of whose books will be read for a very long time to come, and in multiple languages." He concluded his encomium with this observation: "Michael — author, intellectual, diplomat, counselor to presidents and friend of a pope — was, in terms of his professional life, first and foremost a teacher. What gave him the greatest satisfaction was seeing others get the light of understanding in their eyes and the joy of discovery on their faces. He would, I think, be willing to be judged by the world on that, his vocation as a teacher: and the judgment would, if just, be a very favorable one."