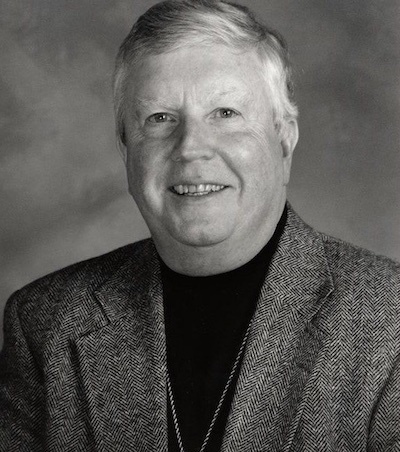 The Center for Ethics and Culture mourns the death of philosopher Germain Gabriel Grisez, professor emeritus of Mount Saint Mary's University, who passed away on February 1, 2018 following a battle with cancer. Grisez, one of the twentieth century's most influential Catholic moral philosophers and co-founder of the "New Natural Law Theory," is best known for his masterwork The Way of the Lord Jesus, published in three parts (as Christian Moral Principles, Living a Christian Life, and Difficult Moral Questions; a fourth part entitled Clerical and Consecrated Service and Life remained unfinished at his death) between 1983 and 1997.

Grisez's oeuvre includes foundational books on contraception, abortion, euthanasia, nuclear deterrence, and the philosophy of religion, in addition to more than 130 scholarly articles, 30 book reviews, and dozens of shorter pieces in popular newspapers and magazines. He collaborated and co-authored works with more than a dozen prominent philosophers, legal scholars, and theologians during his career, including NDCEC Fellows John Finnis and Robert P. George, as well as Gerard V. Bradley, Fr. Peter F. Ryan, S.J., William E. May, Russell Shaw, and E. Christian Brugger.

NDCEC Fellow Robert P. George, whose own doctoral dissertation largely responded to Grisez's political philosophy, wrote in a remembrance that the late professor "had lots of opinions, but he did not permit himself to fall in love with them. His allegiance was to truth." George continued, "Grisez's body of work is built to last. If it is largely forgotten or for a time, which it may be, it will eventually be rediscovered – probably to a good deal of fanfare. It Jesus tarries, a hundred years from now (and beyond) Grisez's work will be shaping the ideas of thinkers who are interested in what will, if I may hazard another prediction, turn out to be the only game in town, namely, natural law and natural rights. All of Grisez’s work was motivated by love of truth and a profound dedication to the salvific mission of the Church as the mystical body of Christ."

Notre Dame Law School professor Gerard Bradley, whom Grisez consulted as he was working up cases for the third volume of The Way of the Lord Jesus, praised his late collaborator's contribution to the renewal of moral theology, "What is perhaps most remarkable about this great work is that Grisez was trained as a philosopher; he received his doctorate from Chicago after working with Richard McKeon and focusing on logical theory. Indeed, Grisez's philosophical work in metaphysics, free-choice, and in the philosophy of God established him as one of the most creative and valuable philosophers of the late twentieth century before he turned to the treatise on moral theology. Germain Grisez was a great gift to the Church and to the faith, and he in turn deployed his more than considerable gifts in service to the truth in everything he did.  He was most of all, however, Jesus's faithful disciple."

In 2015, Grisez donated his collected papers to the NDCEC, adding to the Center's major repository of original papers by the 20th century's leading Catholic moral theologians and philosophers. Grisez's works join the collected papers of philosophers Jacques Maritain, Yves Simon, and Charles De Koninck, the archives of the River Forest Dominicans, and the complete publications of the American Maritain Association, which form the core collection of the Jacques Maritain Center administered by the NDCEC. For more information on these collections, contact Margaret Cabaniss (mcabaniss@nd.edu), the NDCEC Scholarly Research and Publications Program Manager.