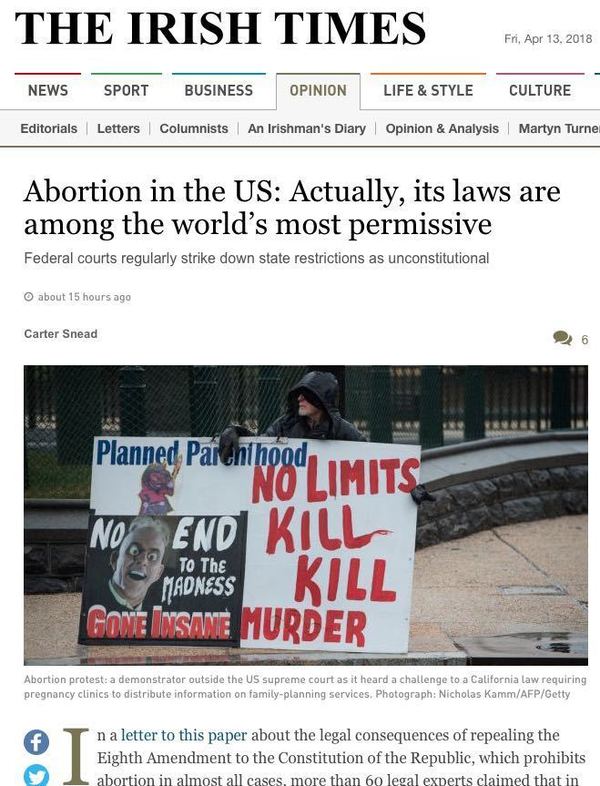 In an Irish Times op-ed responding to an earlier letter claiming that many American states "have very conservative abortion laws," CEC Director O. Carter Snead corrected the record to reflect that American abortion law is "among the most permissive in the world." Professor Snead wrote,

Although it is true that many states have passed numerous laws in attempts to protect the rights of the unborn despite the hostile legal climate, federal courts regularly strike down such restrictions as unconstitutional. In fact the supreme court of the United States has never sustained a restriction on abortion as such.

"As an outside admirer from a country whose abortion laws are among the most extreme in the world, I sincerely hope that the people of Ireland choose to retain the Eighth Amendment and thus continue as a beacon for the health and flourishing of mothers and babies, born and unborn," Snead concluded.

Read the entire piece at the Irish Times.