Mary O'Callaghan, a public policy fellow at the Center for Ethics and Culture and prenatal outreach coordinator for Michiana Down Syndrome, released an open letter to Indiana Governor Mike Pence regarding HB1337, which would ban abortion in the case of prenatal diagnosis of disability:

In this era of evidence-based medicine, prenatal diagnosis of disability is not guided by the truth. Instead, it is driven by fear and misinformation, with the result that children with disabilities are denied access, not just to some aspects of society, but to life itself. This is the ultimate form of discrimination; discrimination which was decried by the Americans with Disabilities Act in 1990, but over 25 years later is thriving in the field of prenatal medicine. 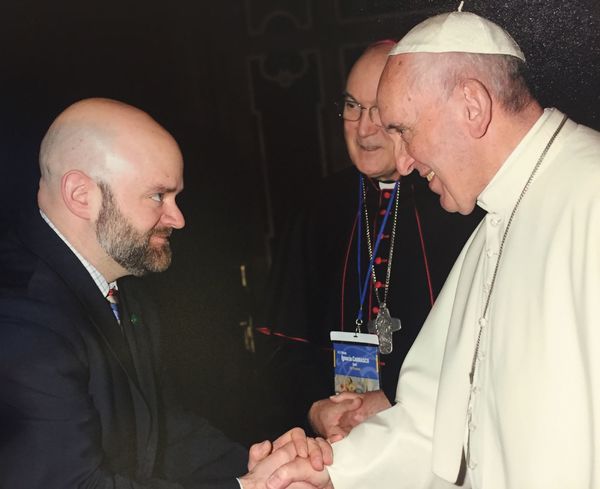 The Center is pleased to announce that Director Carter Snead has been appointed to the Pontifical Academy for Life, the pope’s principal advisory group on the promotion of the consistent ethic of life in the Catholic Church:

“I am honored and humbled to serve the Holy Father and the Church as it continues its efforts to defend and bear witness to the inalienable dignity of every member of the human family, born and unborn,” Snead said.

“We are thrilled Carter Snead, and, by extension, Notre Dame, has been given this opportunity to serve the Church in our efforts to build a culture of life worldwide,” said University president Rev. John I. Jenkins, C.S.C.