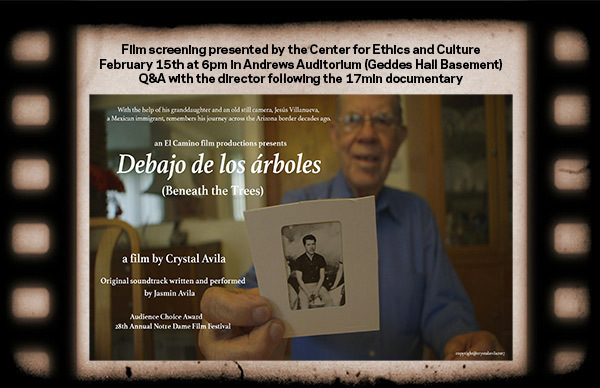 Watch the 17-minute documentary which won the "Audience Choice Award" at the 2017 Notre Dame Film Festival. Debajo de los árboles (Beneath the Trees), produced and directed by CEC Sorin Fellow Crystal Avila '17, tells the story of a Mexican immigrant's journey across the Arizona border, as recounted by Jesús Villanueva to his granddaughter. The film will be followed by a Q&A with the director. Free.