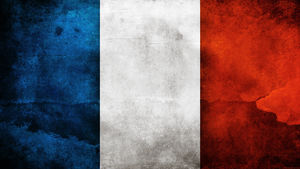 The Center for Ethics and Culture invites the Notre Dame community to a special forum on the recent terrorist attacks in France, featuring three Paris-based scholars of European political thought:
Rev. Bernard Bourdin, O.P.
Director of Doctoral Studies and Research
Faculty of Social Sciences and Economics
Catholic University of Paris (ICP)
Giulio De Ligio
Associate Researcher, School for Advanced Studies in the Social Sciences (EHESS)
Lecturer in Political Philosophy, Catholic University of Paris (ICP)
Guillaume de Thieulloy
Centre international de recherche sur la liberté religieuse
Paris, France
The panelists, who are visiting Notre Dame to attend the Center's upcoming Fall Conference, will offer brief opening remarks, followed by an opportunity for questions and discussion. The panel seeks to contribute to the diverse campus-wide conversation regarding the events in Paris and their immediate aftermath, as well as the broader religious, political, and governmental challenges currently facing European and Western nations.
Bernard Bourdin is the author of The Theological-Political Origins of the Modern State: The Controversy between James I of England and Cardinal Bellarmine (Catholic University of America, 2010), and, in French, Christian Mediation in Question: The Games of Leviathan (Cerf, 2009), as well as French translations of Carl Schmitt and Erik Peterson.

Giulio De Ligio is a specialist on modern European political thought and is the author, in Italian, of The Sorrow of a Political Thinker: Raymond Aron and the Primacy of the Political. He received his doctorate from the University of Bologna.

Guillaume de Thieulloy is a specialist on modern French political theology. He has authored, in French, two books on the political theology of Jacques Maritain (The Knight of the Absolute and Integral Antihumanism?), as well as The Political Theology of Charles Journet and The Pope and the King: Anagni, September 7, 1303. He received his doctorate from the School for Advanced Studies in the Social Sciences (EHESS).