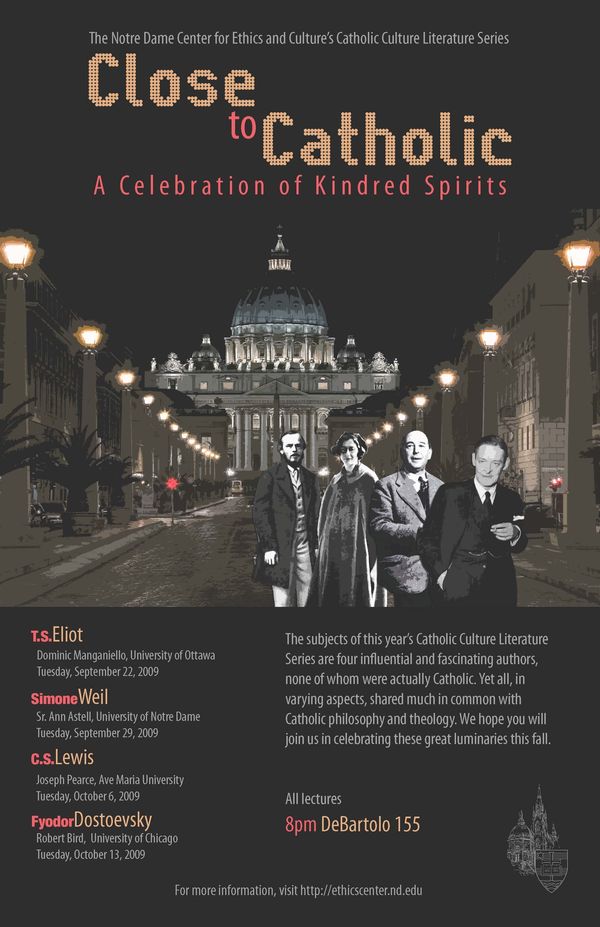 The 2009 Catholic Literature Series featured four influential and fascinating authors, none of whom were Catholic—yet the writings of T.S. Eliot, Simone Weil, C.S. Lewis, and Fyodor Dostoevsky all shared much in common with Catholic theology and philosophy. Each speaker spent a portion of his or her talk on the similarities and differences between the professed faith of each author and the Catholic faith, as well as the way these differences shaped each author’s work. Watch video recordings of the lectures at the links below.