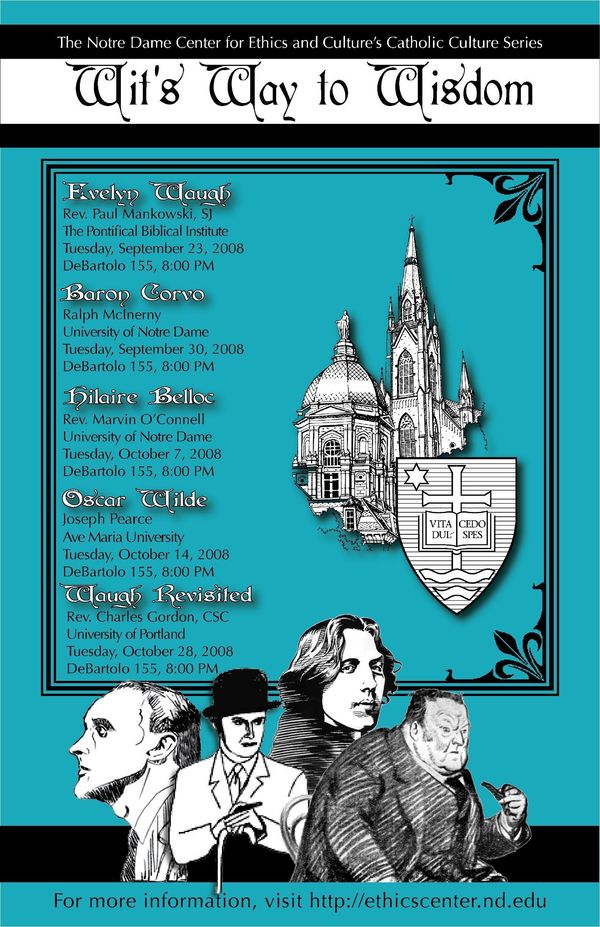 The 2008 Catholic Literature Series focused on four Catholic satirists: Oscar Wilde, Evelyn Waugh, Hillarie Belloc, and Baron Corvo. Since classical times, satire has been a keen weapon of criticism by rhetoricians in Western civilization. Some of the greatest satirists of modern times have been Catholics, yet there is some question as to whether the tone and focus of satire make it a truly meaningful instrument in a dialogue of evangelization. The Catholic Literature Series sought to contribute to this debate by examining the prophetic critique of modern society that these four men offered through their satire. Watch video recordings of the lectures at the links below.