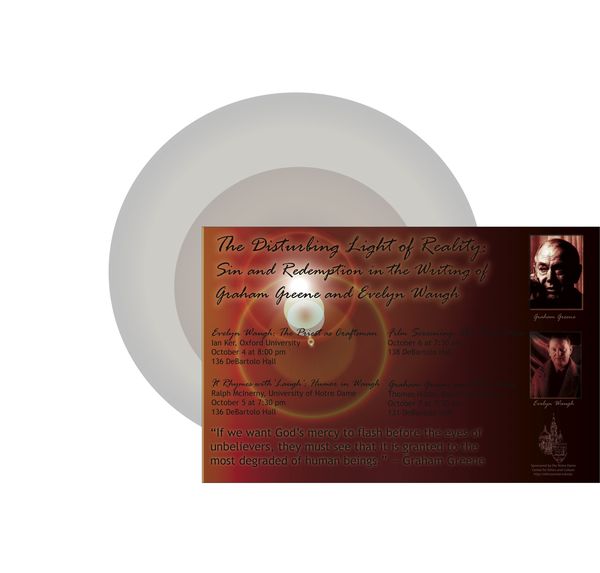 The Fall 2004 Catholic Literature Series, “The Disturbing Light of Reality: Sin and Redemption in the Writings of Graham Greene and Evelyn Waugh,” examined the frailty of the human condition and the depths of God’s mercy as portrayed in the works of these British Catholic authors. These writers were friends as well as admirers of each other’s work, and the title of the Series is taken from Greene’s remark in a 1978 interview with the New York Times Magazine that he wanted to make his prose as clear and plain as Waugh’s, in order better to let the “disturbing light of reality” shine through. Watch video recordings of the lectures at the links below.