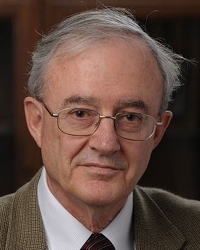 Known for his work in moral, political, and legal theory, as well as constitutional law, John Finnis joined the Notre Dame Law School faculty in 1995, and taught regularly until his retirement in June 2020. He earned his LL.B. from Adelaide University (Australia) in 1961 and his doctorate from Oxford University as a Rhodes Scholar in 1965. Professor Finnis held the positions of lecturer, reader, and a chaired professor in law at Oxford University for more than four decades, until 2010. In addition, he has served as associate in law at the University of California at Berkeley (1965–66), as professor of law at the University of Malawi (Africa) (1976–78), and as the Huber Distinguished Visiting Professor of Law at the Boston College Law School (1993–94). He is admitted to the English Bar (Gray’s Inn).

Professor Finnis taught courses in jurisprudence; the social, political, and legal theory of Thomas Aquinas; and the social, political, and legal theory of Shakespeare. His service has included the Linacre Centre for Health Care Ethics (governor since 1981), the Catholic Bishops’ Joint Committee on Bioethical Issues (1981–88), the International Theological Commission (1986–92), the Pontifical Council for Justice and Peace (1990–95), and the Pontifical Academy Pro Vita (2001–present). He has published widely in law, legal theory, moral and political philosophy, moral theology, and the history of the late Elizabethan era. He was also an adjunct professor in the Department of Philosophy at Notre Dame. 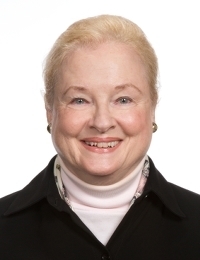 Mary Ann Glendon is the Learned Hand Professor of Law at Harvard University, and a former U.S. Ambassador to the Holy See. She currently serves as a Commissioner of the U.S. Commission on International Religious Freedom and as a member of the Board of Supervisors of the Institute of Religious Works. She writes and teaches in the fields of human rights, comparative law, constitutional law, and political theory. Glendon is a member of the American Academy of Arts and Sciences, the Pontifical Academy of Social Sciences (serving as President from 2003-2013), and the International Academy of Comparative Law. She is also a past president of the UNESCO-sponsored International Association of Legal Science. She served two terms as a member of the U.S. President's Council on Bioethics (2001-2004), and has represented the Holy See at various conferences including the 1995 U.N. Women's conference in Beijing where she headed the Vatican delegation.

Glendon has contributed to legal and social thought in several widely translated works, bringing a comparative approach to a variety of subjects. They include The Forum and the Tower (2011), a series of biographical essays exploring the relation between political philosophy and politics-in-action; Traditions in Turmoil (2006), a collection of essays on law, culture and human rights; A World Made New: Eleanor Roosevelt and the Universal Declaration of Human Rights (2001), which the New York Times reviewer said should be the definitive study of the framing of the UDHR; A Nation Under Lawyers (1996), a portrait of turbulence in the legal profession, analyzing the implications of changes in legal culture for a democratic polity that entrusts crucial roles to legally trained men and women; Rights Talk (1991), a critique of the impoverishment of political discourse; The Transformation of Family Law (1989), winner of the legal academy’s highest honor, the Order of the Coif Triennial Book Award; Abortion and Divorce in Western Law (1987), winner of the Scribes Book Award for best writing on a legal subject; The New Family and the New Property (1981), and textbooks on comparative legal traditions. 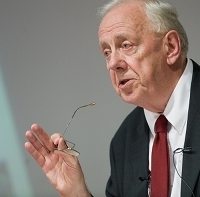 Alasdair MacIntyre has written widely in philosophy since his first book, Marxism: An Interpretation, appeared in 1953. He has taught at Oxford, Princeton, Brandeis, Boston, Wellesley, Vanderbilt, Duke, and the University of Notre Dame. In 1989, he was a Luce Visiting Scholar at the Whitney Humanities Center of Yale University. He has also served as president of the Eastern Division of the American Philosophical Association.

Professor MacIntyre is the author of over thirty books, including the influential triumvirate of recent works: After Virtue: A Study in Moral Theory(1981), Whose Justice? Which Rationality?(1988), and Three Rival Versions of Moral Enquiry: Encyclopaedia, Genealogy, and Tradition(1990). He has made prominent contributions to the history of philosophy, moral philosophy, political theory, philosophy of the social sciences, and philosophy of religion. He recently published an examination of the philosophical work of Edith Stein set against the background of twentieth-century phenomenology entitled Edith Stein: A Philosophical Prologue, 1913–1922(2006), as well as two volumes of his collected papers, The Tasks of Philosophy: Selected Essays (2006) and Ethics and Politics: Selected Essays (2006). His most recent book is Ethics in the Conflicts of Modernity: An Essay on Desire, Practical Reasoning, and Narrative (2016).

Although he retired from teaching in 2010, Professor MacIntyre remains domiciled at the de Nicola Center for Ethics and Culture, where he continues to write and to conduct his research. He served as the Center’s first permanent research fellow.