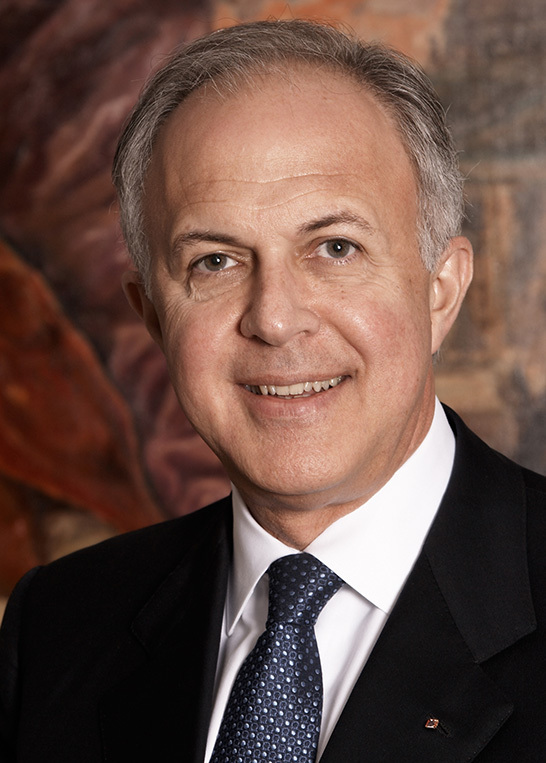 The University of Notre Dame Center for Ethics and Culture will award the 2015 Evangelium Vitae Medal to Carl A. Anderson and the Knights of Columbus.

“Since its inception, the Knights of Columbus has protected and supported the most vulnerable among us,” said O. Carter Snead, William P. and Hazel B. White Director of the Notre Dame Center for Ethics and Culture. “Its members have been at the forefront of the struggle to promote a culture of life through their work at the local, national and international levels. They have tirelessly volunteered, educated, advocated, donated and prayed on behalf of every human life from conception to natural death. Supreme Knight Carl Anderson and the Knights of Columbus richly deserve to be recognized as heroic contributors to the pro-life cause; they embody the spirit of the Notre Dame Evangelium Vitae Medal.”

The Knights of Columbus is a Catholic organization with 1.8 million members. Anderson has served as Supreme Knight for 14 years. Over the past decade, under his administration, the organization has donated more than 664 million hours of service and $1.4 billion to charity, including the donation of more than 268 ultrasound machines valued at more than $14 million to pregnancy resource centers in 44 states and Canada.

The Notre Dame Evangelium Vitae Medal honors individuals whose efforts have served to proclaim the Gospel of Life by steadfastly affirming and defending the sanctity of human life from its earliest stages. Previous recipients of the medal include Richard Doerflinger, associate director of the United States Conference of Catholic Bishops Secretariat for Pro-Life Activities; Helen M. Alvaré, associate professor of law at George Mason University; Mother Agnes Mary Donovan and the Sisters of Life; and Congressman Chris Smith, co-chair of the Bipartisan Congressional Pro-Life Caucus, and his wife, Marie Smith, director of the Parliamentary Network for Critical Issues.

Announced annually on Respect Life Sunday, the first Sunday of October, the Evangelium Vitae award consists of a specially commissioned medal and $10,000 prize, to be presented at a spring banquet that will be held on April 26.