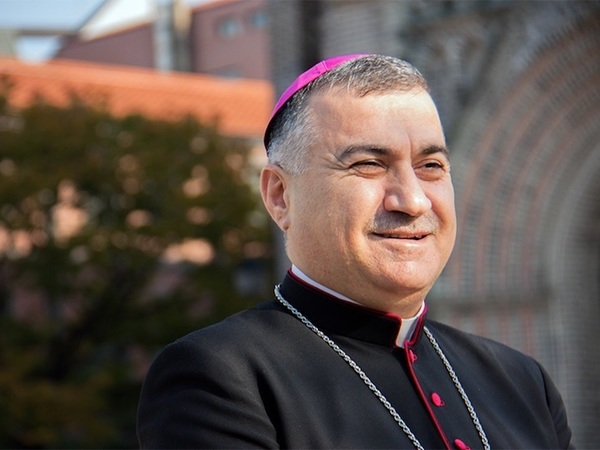 Archbishop Warda is a leading international voice for the persecuted Christians of Northern Iraq and the chief administrator of pastoral care and relief services for nearly twenty thousand threatened Christian families in the region. This event is offered as part of the Under Caesar's Sword research project, co-directed by Professor Daniel Philpott and housed at the CEC, which studies Christians' response to religious persecution around the world.

Archbishop Bashar Matti Warda is the Archbishop of Erbil. He is renowned for his support for Christian refugees, and for promoting inter-religious dialogue and environmental protection in Iraq. As part of his efforts to support the continuing Christian presence in Iraq, the Archbishop inaugurated a Catholic university in 2015. Ordained a priest in 1993, he joined the Redemptorist order of Flanders in Belgium two years later. After receiving his MA at the Catholic University of Louvain in 1999 he returned to Iraq. In 2009 the Synod of Bishops of the Chaldean Catholic Church elected him for service as a bishop, and Bishop Warda was consecrated in July 2010.

This lecture is free and open to the public. Free parking is available in the Hammes Notre Dame Bookstore parking lot.