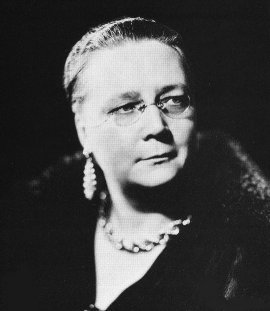 Dorothy Sayers (1893–1957) was the daughter of an Anglican cleric. At a young age, she mastered Latin and French and went on to pursue her first degree at Somerville College, Oxford, in modern languages. Later, she became one of the first women to receive a degree (in medieval studies) from Oxford University. With her knowledge of the medieval period and of languages, Sayers produced a popular translation of Dante’s Divine Comedy in English.

As a writer, Sayers had many interests. She was an accomplished poet, playwright, detective novelist, theologian, and apologist. She enjoyed the friendship of T. S. Eliot, Charles Williams, and C. S. Lewis. Like these men, Sayers was a voice of reason in the face of modern skepticism and cynicism. She was a defender of the Christian faith against the modern claim that people must be liberated from the restrictions dogma and doctrine were thought to place on freedom. Sayers stressed the necessity of reason and adherence to doctrine and dogma—rather than her age’s emphasis on sentimentality—as the key to finding meaning and true freedom in life.

Christ, in His Divine innocence, said to the Woman of Samaria, “Ye worship ye know not what”—being apparently under the impression that it might be desirable, on the whole, to know what one was worshiping. He thus showed Himself sadly out of touch with the twentieth-century mind, for the cry today is: “Away with the tendentious complexities of dogma—let us have the simple spirit of worship; just worship, no matter of what!” The only drawback to this demand for a generalized and undirected worship is the practical difficulty of arousing any sort of enthusiasm for the worship of nothing in particular. (“Creed or Chaos?: Why Christians Must Choose Either Dogma or Disaster”)

Theology itself will furnish material for argument about conduct and morals; and should have its scope extended by a simplified course of dogmatic theology (i.e., the rational structure of Christian thought), clarifying the relations between the dogma and the ethics, and lending itself to that application of ethical principles in particular instances. (“The Lost Tools of Learning”)

I am not here to consider the feelings of academic bodies: I am concerned only with the proper training of the mind to encounter and deal with the formidable mass of undigested problems presented to it by the modern world. For the tools of learning are the same, in any and every subject; and the person who knows how to use them will, at any age, get the mastery of a new subject in half the time and with a quarter of the effort expended by the person who has not the tools at his command. To learn six subjects without remembering how they were learnt does nothing to ease the approach to a seventh; to have learnt and remembered the art of learning makes the approach to every subject an open door. (“The Lost Tools of Learning”)

For the sole true end of education is simply this: to teach men how to learn for themselves; and whatever instruction fails to do this is effort spent in vain. (“The Lost Tools of Learning”)

The Lost Tools of Learning, by Dorothy Sayers

OP. I., by Dorothy Sayers